My Canoe Trip on the Gowanus Canal


Recently I took a canoe trip on the Gowanus Canal, courtesy of Ellie Hanlon, captain of the Gowanus Dredgers Canoe Club. The Dredgers is a nonprofit group whose mission is to introduce New Yorkers to this singular waterway and provide education related to the canal and bordering shoreline neighborhoods. I couldn’t imagine a better guide than Hanlon. She has a near encyclopedic knowledge of the canal and its history. Also, she can discourse at length on key environmental issues and never for a second is it tedious, because she deftly ties it to the immediate surroundings. I’m talking real-time education. Most importantly, Hanlon is passionate about the canal, which she calls the “jewel of Brooklyn.” She is simply a force of nature, like some combination of Rachel Carson, Don King, and Hilary Duff; Hanlon is to the Gowanus Canal what Hemingway was to Key West. 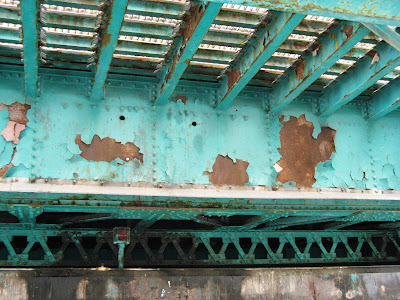 The view from beneath the Union Street Bridge 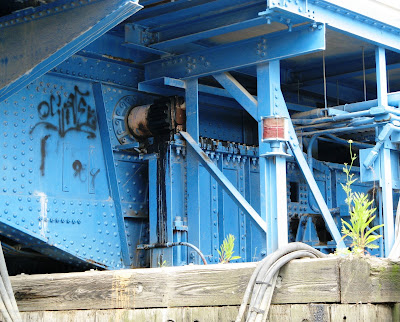 Gear and electrical system under the Third Street Bridge 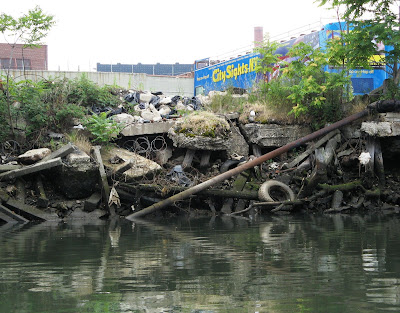 The banks of ruin 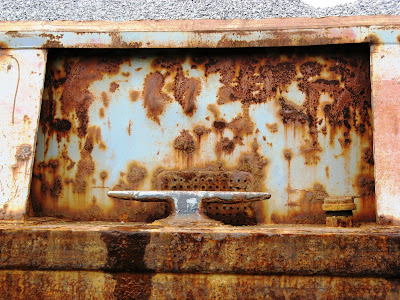 Canoeing on the Gowanus affords one a matchless perspective of the canal and its environs. To float atop the waterway and actually move through the forbidding industrial zone is to realize the poverty of the peripheral, street-level view. For me the proximity was intoxicating. I passed within inches of crumbling bulkheads I had previously only seen from a distance and luxuriated in the rich tapestry of decay—the unique patterns of damage, the dense mesh of flotsam and jetsam. I gazed in fascination at the undersides of bridges over which I had walked dozens of times, oblivious to the intricate mechanics beneath.

“The Gowanus Canal is magic,” says Hanlon, and I completely agree. I know we’re not the only ones who feel this way. The canal evokes strong feelings within many different types of people, which attests to its complex aura. It is at once indisputably real (like the concrete plants that surround it) and deeply metaphorical, both symbolizing and embodying essential truths—about Brooklyn and the world. And snaking within this tangle of the tangible and ethereal is aesthetics, for the canal is a visually arresting tableau, whose capacity to inspire shows vividly that it contains multitudes. 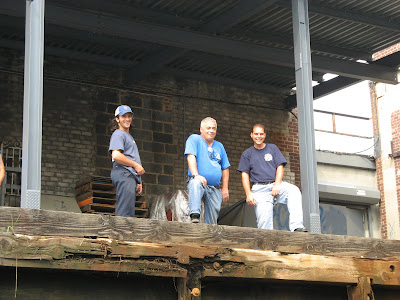 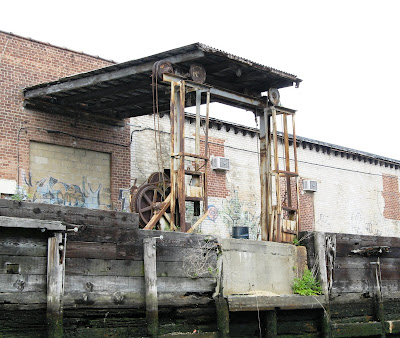 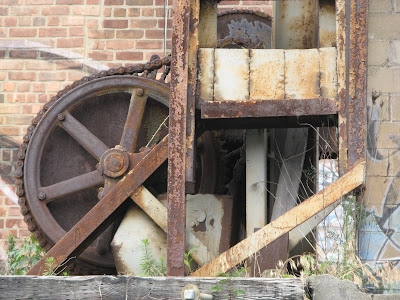 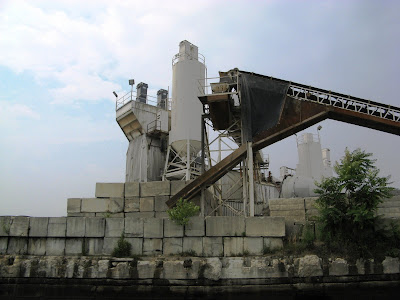 A canoe on the Gowanus is conspicuous and Hanlon likes to shout “Ahoy!” to curious landlubbers. More than a few people who noticed us made some crack about falling into the canal. (“You’ll have to cut off any body part that touches the water.”) The workers we passed were baffled by our presence and some thought we were daft, though it was all good-natured. Most of the employees of the factories, oil companies, and other businesses along the water probably see the canal as something altogether mundane, with no merit aside from being the place where they earn their living. And for them the idea of aestheticizing such a place, which is to say appreciating its non-commercial aspects, is completely alien. But this is as it should be; they are busy doing the real work that needs to be done there, playing a key role in making the Gowanus a functioning canal. They are integral to the diverse ecosystem that gives the place its character. 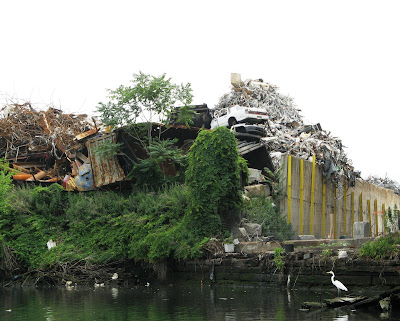 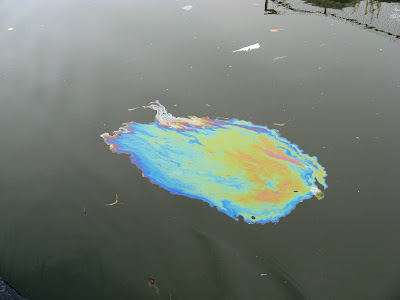 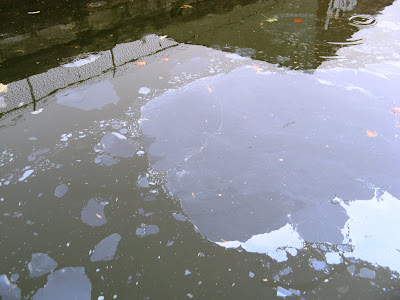 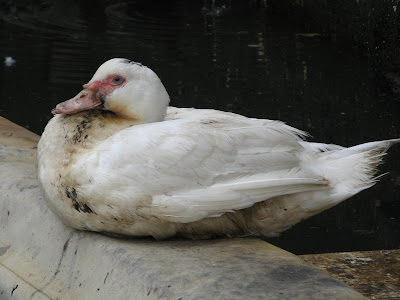 Paddling through the fetid water, surrounded by petrochemical odors, it seems unlikely that anything could live in such a toxic environment, but life is all around the canal. On my trip I saw marine life (mostly dead, though), waterfowl, and various indigenous species, like the Coney Island White Fish (used condoms floating on the water). It must be a tough life, though. This was made clear by the sight of a woeful duck in the 11th Street Basin (next to Lowe’s), sick and sluggish amidst the sludge.

The nature of man is to pervert nature. Witness the signature products of this tendency, the industrial revolution and nuclear weapons, where machines—those extensions of man, those alloys of organic and inorganic elements—were put in the service of further “taming” the environment and doing battle with other men. The price of modernity, which some call “progress,” is contamination. There may be ideal ways to handle the toxins essential to industrial processes if not avoid them altogether, but the workings of industry have proven these ideals to be impractical. Businesses and governments take shortcuts to maximize profits or achieve quotas, or ignorance rules and we don’t realize until it’s too late just what it is that makes us sick and how. Behold the Gowanus Canal, Brooklyn’s own piece of this inglorious mosaic of pollution, rotting infrastructure, and the decline of U.S. manufacturing. It ain’t pretty, but in its own way, it’s quite beautiful.