Sunset on the Gowanus Expressway 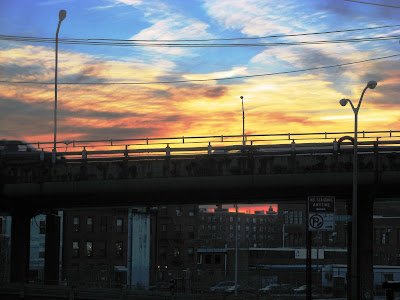 Amber streaks hovered above the viaduct, filtered below as slashes of color through the gaps between exit ramp pillars and overlapping roadbeds. The last of the blue sky hung at the zenith, a ribbon of daylight giving way to a blazing finale. 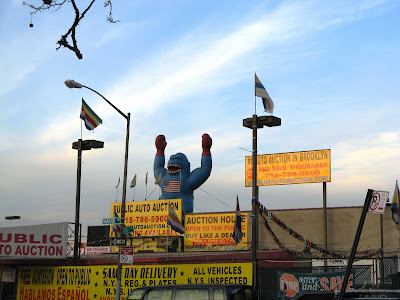 The auto auction mascot at the highway fringe
where the peripheral car trades gather
his roar is the endless noise of traffic. 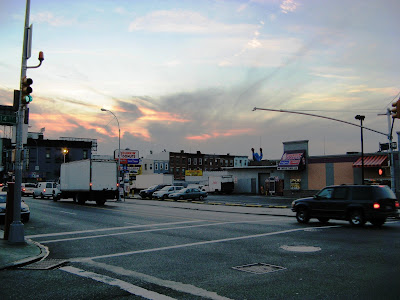 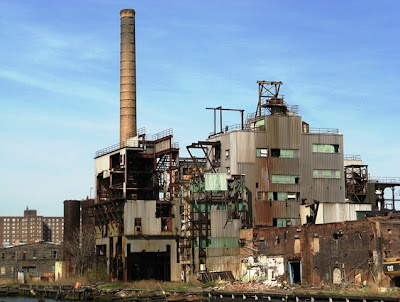 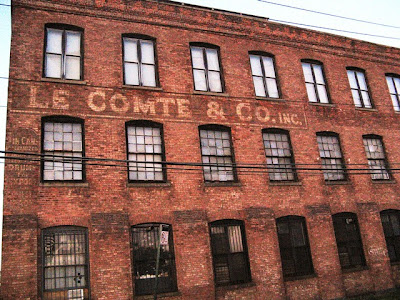 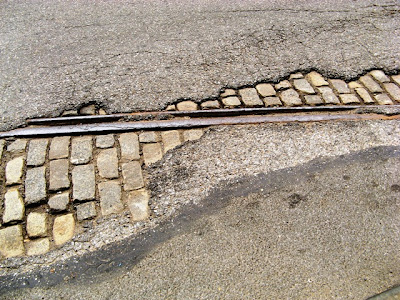 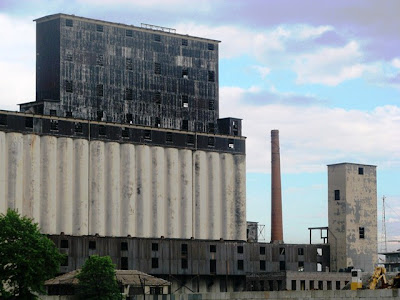 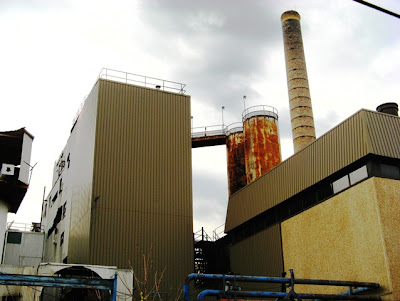 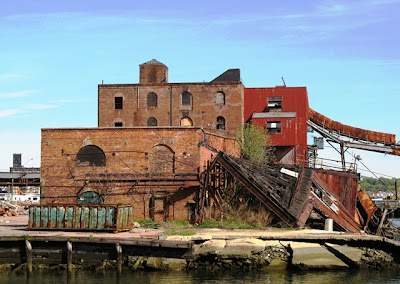 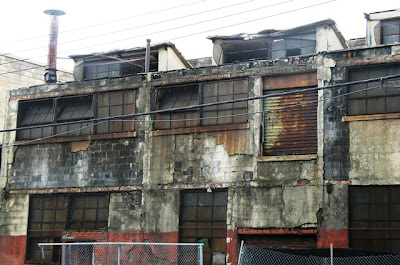