The Iron Triangle (A Road Trip to Queens) 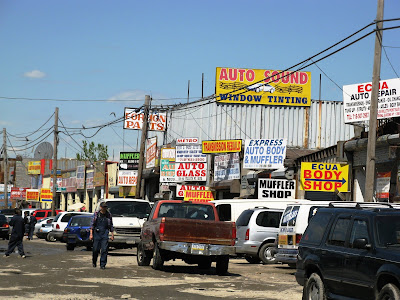 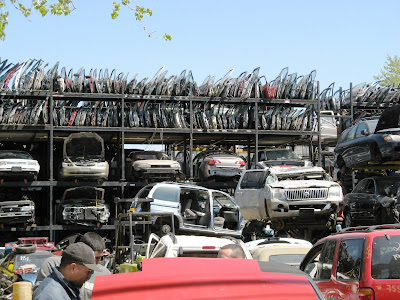 Willets Point, the industrial area near Shea Stadium, is also known as the Iron Triangle. It’s a dense cluster of auto-parts and repair shops lining two narrow, mostly unpaved strips gouged by huge potholes that quickly turn into huge puddles with even the gentlest of rains. The area reeks of toxins, that distinct petrochemical smell so prevalent around similarly contaminated environments (like the Gowanus Canal). The whole place seems strange and anachronistic. With its muddy streets, hardscrabble atmosphere, and mostly immigrant workforce, the Iron Triangle is like a slice of the third world plopped down in New York City. 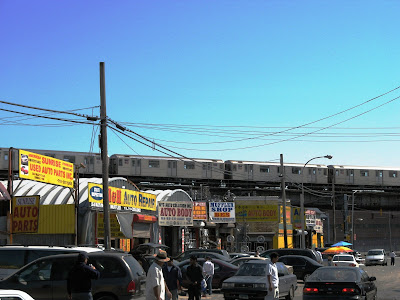 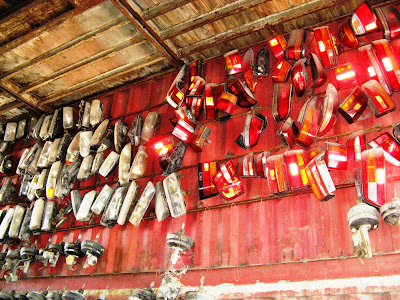 The mayor’s been making big noises about uprooting the gritty businesses of Willets Point and turning the area “green.” That’s all well and good, but if the area does become “a model for sustainability and environmental stewardship,” where else will you be able find such a bountiful selection of headlight covers? And needless to say, the business owners of the Iron Triangle are none too happy about their future prospects in this potentially “dynamic center of life, energy, and economic activity.” 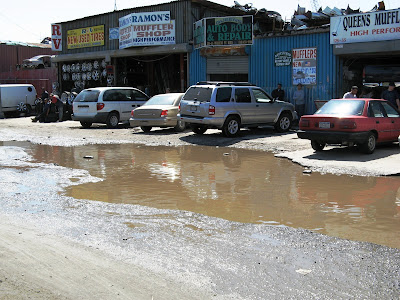 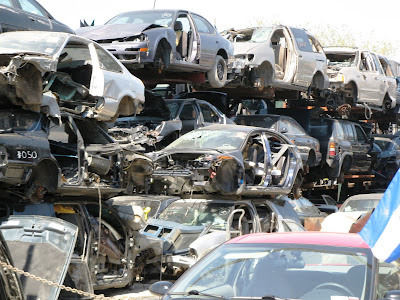 [The mayor] said it would not be hard for the city to make a case for acquiring the privately owned land through eminent domain . . . After the mayor’s announcement, the city held a hearing . . . Amid loud applause, local business owners made it clear that they did not intend to leave without a fight. Outside the [hearing] a couple hundred people marched with placards reading, “Hands off my business.” 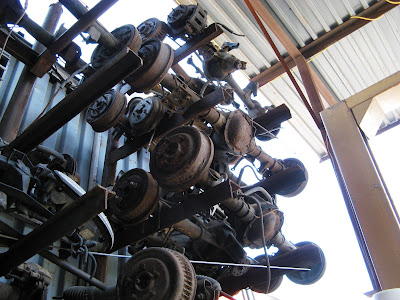 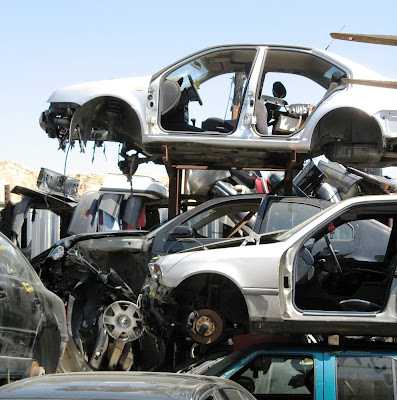 The mayor, dispensing high-flown rhetoric from his seat of power and supported by moneyed interests, projects the aura of a visionary, especially compared to some scrap dealer entrenched in the Iron Triangle. That place is strictly old economy, hardly viable according to modern-day notions of “progress” and “development.” If a battle of wills is in the offing, it seems pretty clear even at this early stage who’s going to come out ahead. 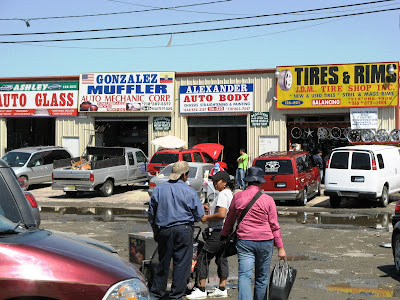 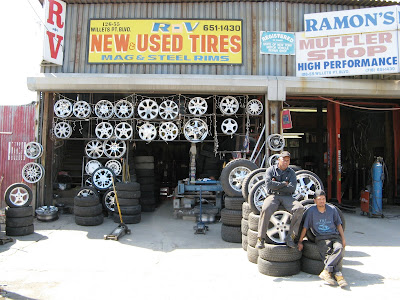 Some Iron Triangle businesses have been there for generations, and however much of an eyesore the place may be, it’s certainly pulsating. It has the feel of a close-knit business community, defined by its familiar faces, familiar rhythms, and some sort of shared purpose (which, for the many newly arrived immigrants working there, amounts to basic survival). The plan to transform the area may already be in the works, but life there goes on. The ice cream and water vendors still peddle their wares daily, weaving around the puddles and gingerly-moving traffic, and the many barker-like figures still rush every car that rolls into the ragged bazaar. If you find this sort of thing appealing, visit the Iron Triangle now, before “development” renders it a pale memory.