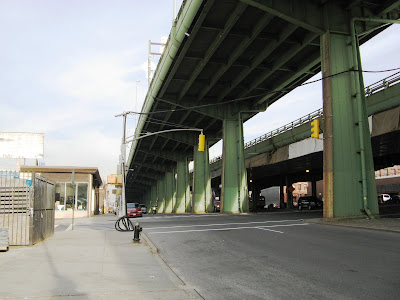 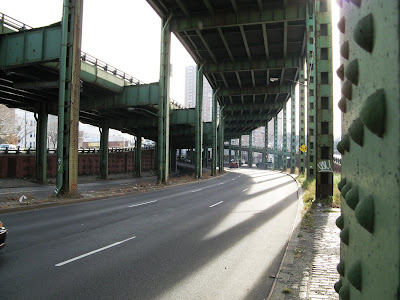 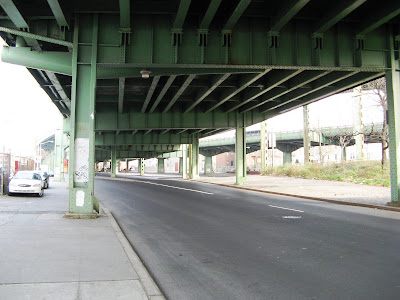 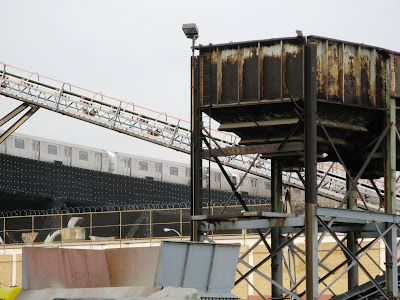 How do you make sense of the neighborhood’s unique landscape--that odd juxtaposition of different elements like transit, industry, and residential buildings?

“In my mind, these pieces seem like they’re woven together--columns coming out of windows, roads sprouting from the middle of buildings, viaducts merging into factories. It’s pretty strange, but cool.”

From an interview with Scott Faucheux, architect and artist (whose studio is in Gowanus).