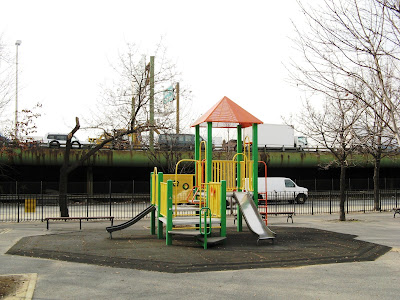 The Brooklyn playground is a functional thing, often installed (seemingly as an afterthought) beneath ramps and overpasses and next to expressways. This is a legacy of Robert Moses, whose auto-centric vision of New York melded transportation and leisure in a perverse way that was oblivious to humanity and aesthetics. 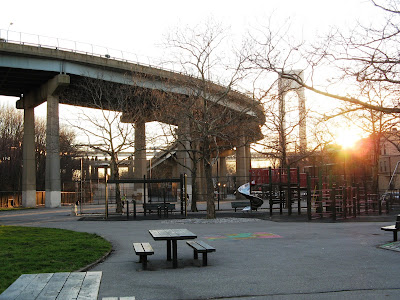 Nonetheless, this is the landscape we’ve inherited, and it’s oddly stimulating. Maybe this is a result of the collision between Moses’ anti-humanist vision and the power of social adaptability, that assertion of humanity in the face of hostile forces. 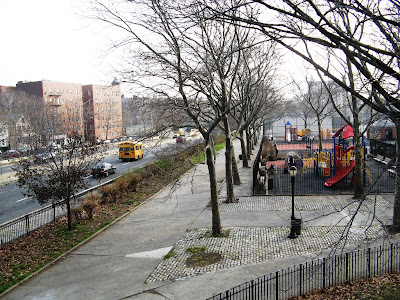 This hopeful attitude is diminished, though, when one sees these concrete-and-metal-filled spaces barren of people (as they often are). Then it becomes apparent that there’s really something uninviting about these playgrounds, these footnotes to the highway.