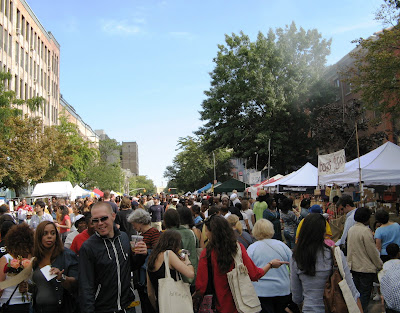 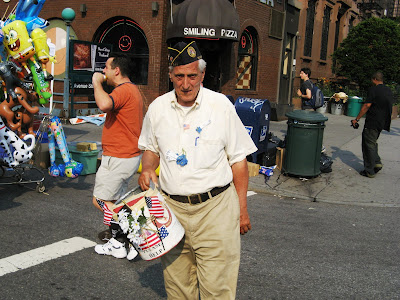 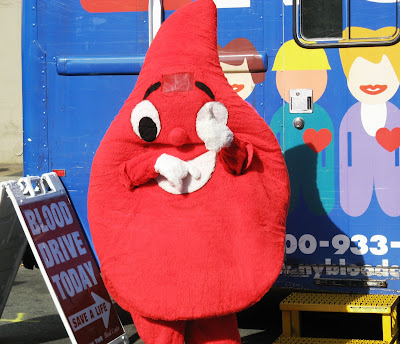 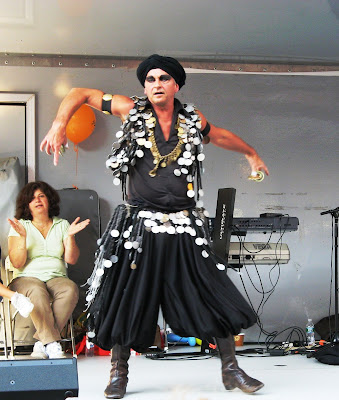 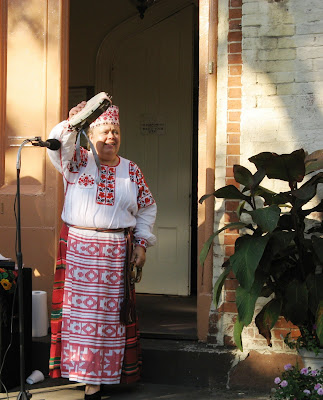 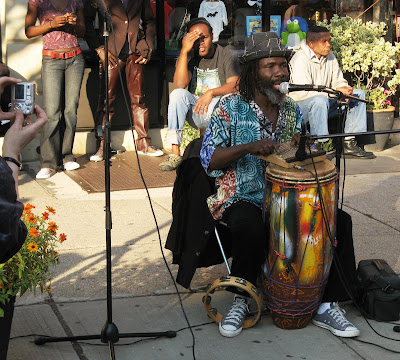 The street fair was life itself, a vision of the community in its full efflorescence. The atmosphere was autumnal, but the weather was summery and gorgeous. 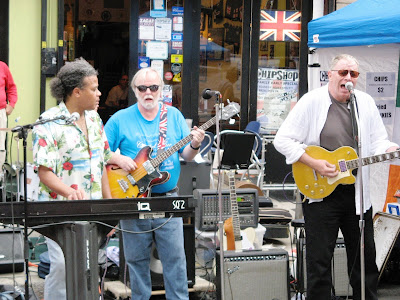 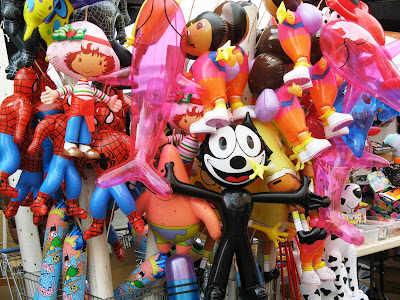 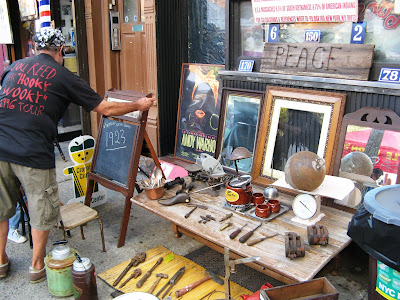 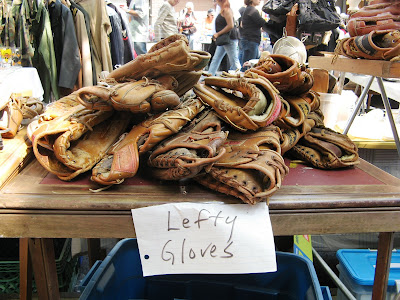 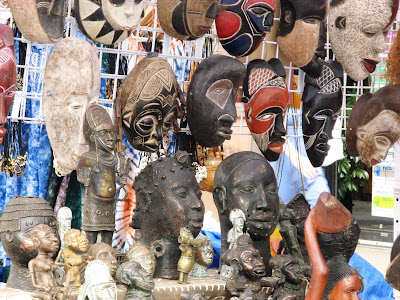 Junk shops along the route disgorged their items onto wooden tables: videotapes, porcelain figurines, steak knives, picture-hanging kits, a hamper full of American flag belt buckles. These cluttered cemeteries of commercial failure mostly served as diversions for the throngs strolling down the avenue. Yet some of these things had a history, animated by memories and invested with real emotions (not unlike the streets surrounding the grubby stores from which they came). 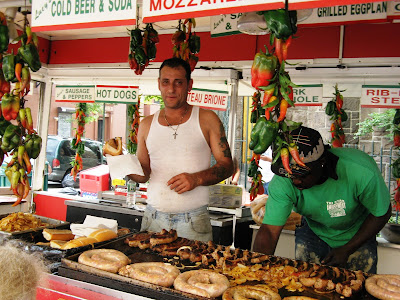 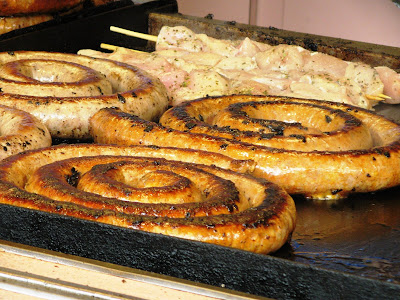 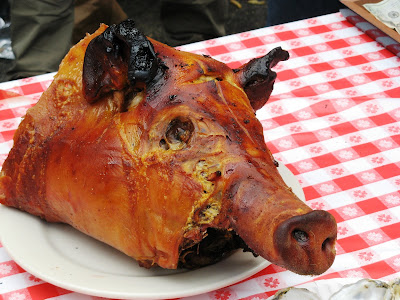 The siren song of pig meat was the dominant strain, drifting above the crowd and settling into an aromatic porcine cloud. One stand featured a pig on a spit. It was part of an odd homemade rig; fashioned from a 30-gallon drum and mounted on a small purple trailer . . . Isaac chewed the last of his sandwich and closed his eyes, savoring a moment of pure satisfaction. He was standing in front of the barbeque pit, drinking a beer and inhaling pork fumes, hypnotized by the rotating pig.

Email ThisBlogThis!Share to TwitterShare to FacebookShare to Pinterest
Labels: Novel, The Renovation