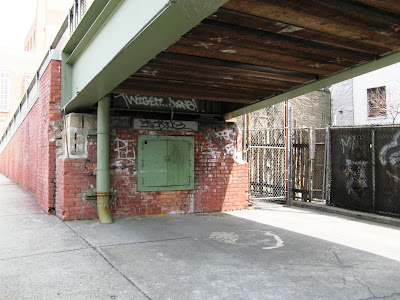 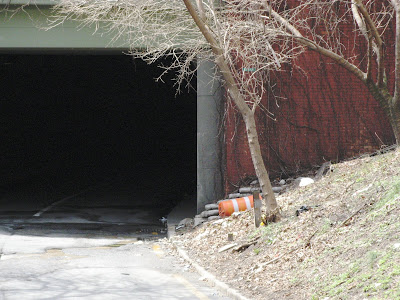 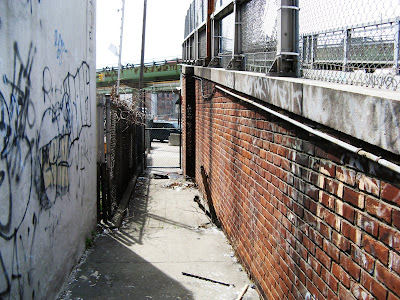 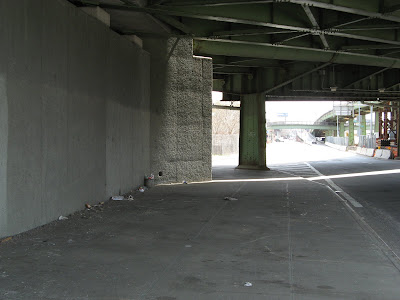 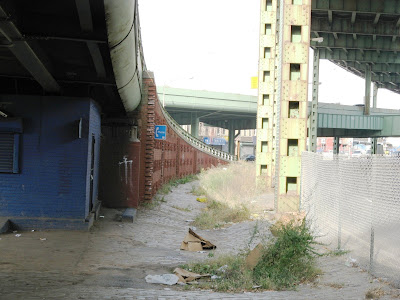 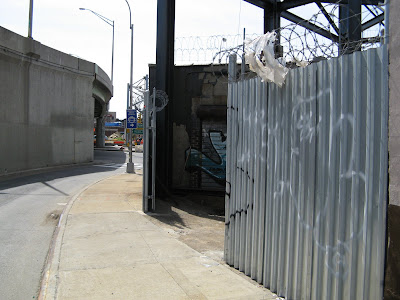 Under the overpass, behind the billboard, in the tunnel’s shadow . . . illicit niches, where a spooky, unwholesome aura pervails; where pedestrians are all but absent, and the highway’s ruthless velocity holds sway. Yet signs of life abound, with trash and graffiti the primary evidence of biped activity--the withered spirit of humanity flails against concrete and steel through despoliation.

In the city’s crevices, when night falls, the only thing safe is the assumption that this is the wrong place at the wrong time. The glare of a thousand headlights could never illuminate the murky life that goes on around highway pillars and footbridges, in the tight spaces beneath billboards. The eternal day after is marked by a trail of empty beer cans, filthy clothes, and the odd used condom, all coated with exhaust fume dust. It’s not much to look at, but niceties are alien here, where flesh and blood is superfluous, yet, proverbially, insists on making its presence known.

Email ThisBlogThis!Share to TwitterShare to FacebookShare to Pinterest
Labels: the fringe