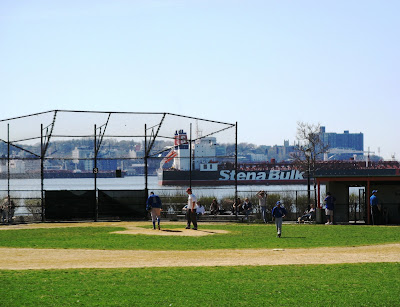 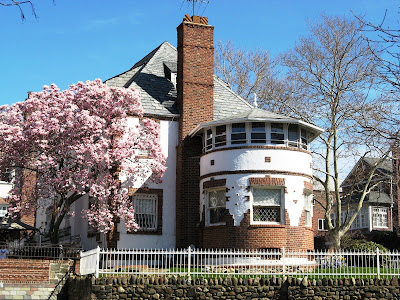 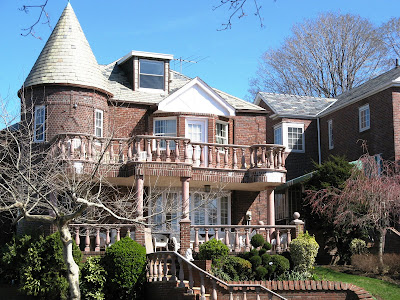 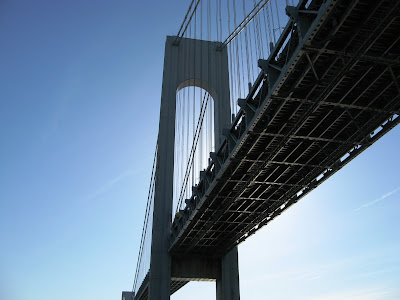 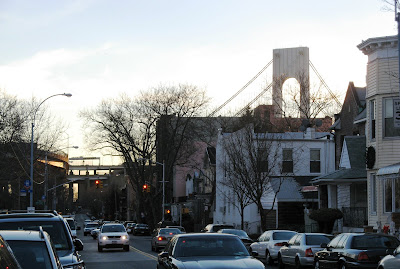 A vigorous trek up the eastern slope of Owl’s Head Park, a placid 27 acres next to the Belt Parkway, which is next to a sewage treatment plant, although nothing outside the park’s verdant hills can intrude; it’s a near-perfect symmetry of (engineered) nature and industry . . . A brief respite at the bustling pier off Bay Ridge Ave., then a long stroll through Shore Road Park, busy with ball fields, playgrounds, benches, and grass—all the amenities fit for a perfect April afternoon . . . Idyll from the start of a spring delayed, languorous and dream-like; the sun on the bay and Saturday in the air—that all-encompassing feeling of possibility, a pleasant, hopeful aura—sky and light and children at play conjure a mirage of simple pleasures and harmony all around . . . The houses on Shore Road, alongside which the long, narrow park runs, range from handsome to majestic . . . And looming always, over the whole neighborhood and other swaths of south Brooklyn, visible from spots in all five boroughs: The Bridge—Verrazano Narrows, that freak of engineering, the largest suspension bridge in the U.S., and perhaps Robert Moses’ most imposing statement. 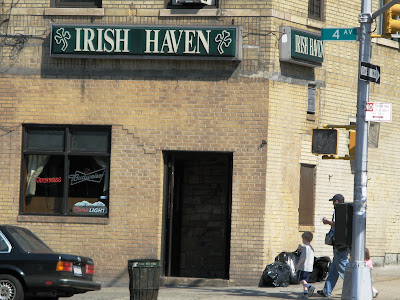 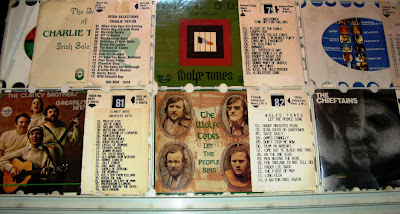 The bartender at Irish Haven said that at one time Bay Ridge was nothing but churches and bars. There’s still plenty of churches and bars in Bay Ridge, but now it boasts many large chain stores, and it’s safe to assume one could probably find a yoga center or two and some other contemporary trappings there. Also, Bay Ridge has become home to a large Arab community. Hookah cafés and Middle Eastern restaurants line Fourth and Fifth Avenues for miles, and the pale, Christian throngs of what had once been an archetypal working class Brooklyn neighborhood (Saturday Night Fever was set there) have been altered considerably. There’s always the Irish Haven, though, whose jukebox is like no other, packed with the most Irish of tunes, from the likes of Christy Moore, The Chieftains, and The Clancy Brothers; everything from “Dunmore Lassies” and “Dear Old Donegal” to “Imis Dhun Ramba” and “Come Out Ye Black and Tans.” It’s a fine place for a soon-to-be-minority to cry in his beer or dream of reels and jigs past, back home on the Ould Sod.