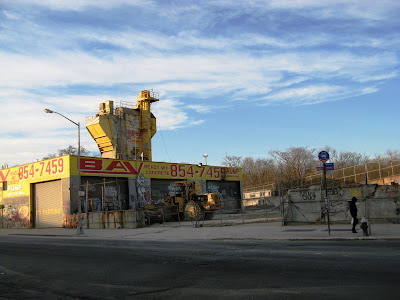 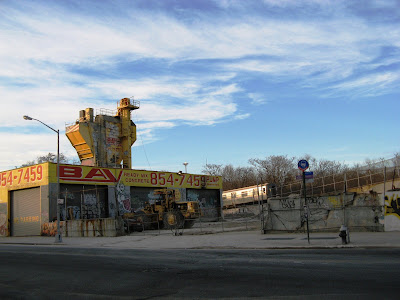 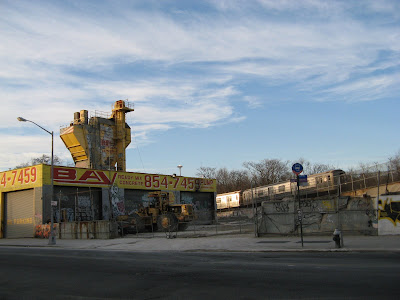 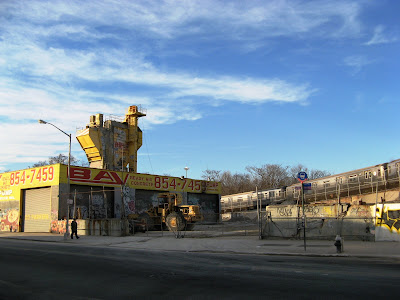 The first car of the train appears around the edge of the concrete factory without warning. To capture that moment is exceedingly difficult. It took three tries, each marked by a long, uncomfortable wait sitting atop a rickety fence, looking through the viewfinder for at least ten minutes straight. The concentration was stifling—maybe a taste, as I thought at the time, of what a sniper might endure. I suffered for this picture, but of course it was worth it.

I discovered this tableau last September and it was one of the many images I encountered on my rambles that inspired me to get a camera. For six months I had a clear idea of this picture, and I finally returned, camera in hand. Above all I was focused on the industrial majesty of the scene, and my reflexes were primed to record something iconic. So if my literal focus and reflexes initially failed me, I believe my sense of the bigger picture is what saved the moment.