Intoxicating Variety: Anatomy of a DrunkWalk

Big Sky Brooklyn is less an attempt to document or “capture” the elusive richness of real-life than an effort to communicate the intoxicating variety endemic to Brooklyn. And “intoxicating variety,” as I have found, is best appreciated when one is intoxicated. This is only fitting since the blog grew out of a series of “DrunkWalks,” which started as random wanderings and steadily became more rigorous, through the use of maps, satellite imagery, and other research.

The well-planned, dutifully executed DrunkWalk™ succeeds as a narrative and fulfills a personal quest to create a poetic map of the terrain. Last year, for example, at the height of Indian summer (an 85-degree day in early October), I set out early to walk the entire length of Stillwell Ave. and a large chunk of Bath Beach. The day was gorgeous, the route was scenic, and more than once I found just what I was looking for: communion with the sublime. It turned out to be an epic DrunkWalk. Following are some images and impressions from that memorable day. 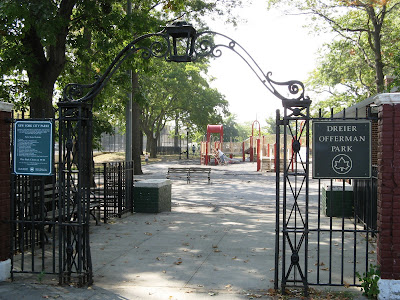 Weekdays in obscure Brooklyn parks and playgrounds, among children, mothers, and retirees: another layer of reality, outside the realm of the working world. 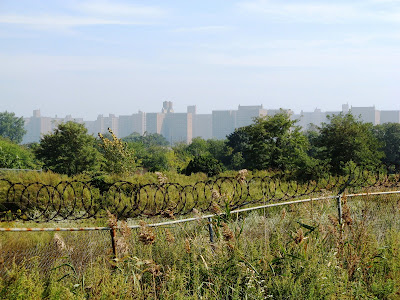 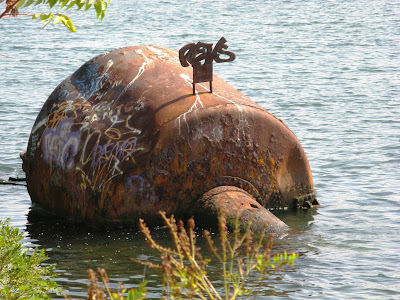 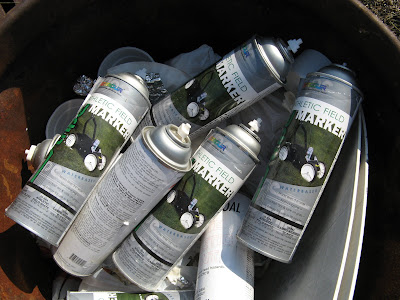 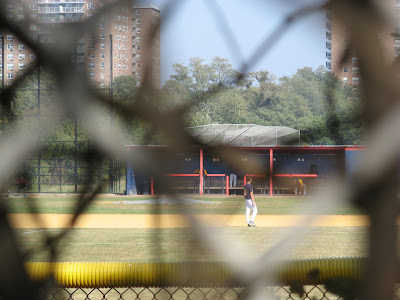 Calvert Vaux Park, on the other side of Shore Parkway (pedestrians have to cross a footbridge to get there), was a strange experience all around. The 73-acre park, also known as Dreier-Offerman Park, is in the early stages of a $40 million renovation. It’s still open to the public, though it’s all but empty, save for workmen (not many, though), some baseball players (practicing in uniform—in October), and some fishermen scattered along the bank facing Coney Island. A thick, sloping underbrush shields the pathway from the water’s edge, so you can’t see the fishermen unless you climb through the bushes, and then it feels like you’re spying on them. Odd. 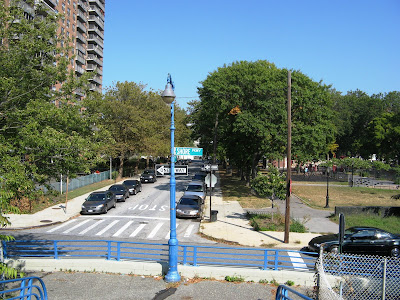 Crossing back to civilization: end of the footbridge, looking east. 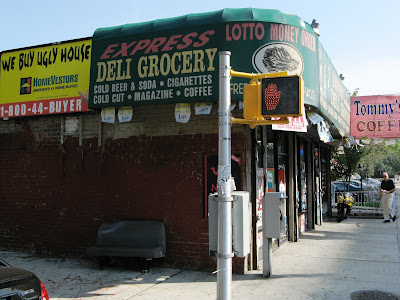 The exceedingly comfortable van seat where I sat at Cropsey Ave. & Bay 46th. When you're planted in a spot like this, the cheapest beer tastes like elixer. 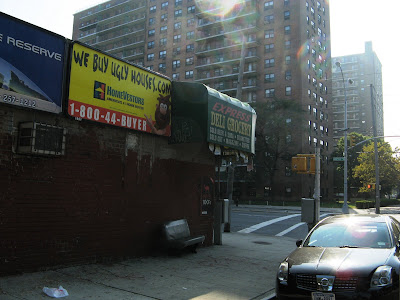 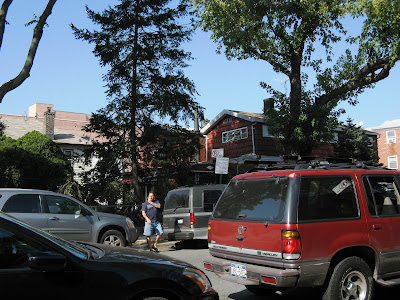 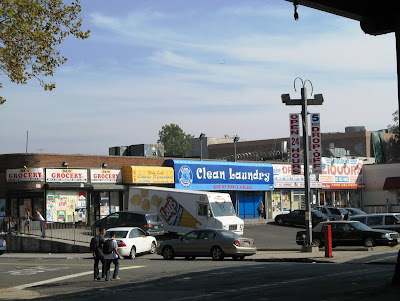 School’s out: Late afternoon, the streets and delis are pulsating with juvenile energy. 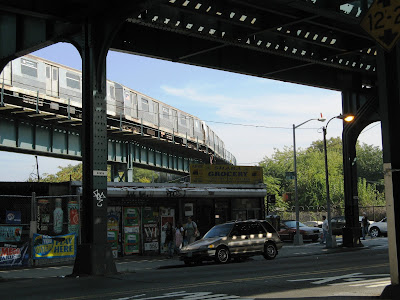 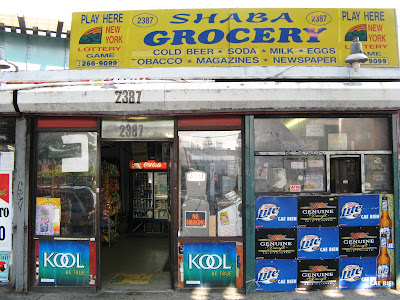 Shaba grocery, beneath the tracks, at Ave. X and Stillwell (right next to a section of the sprawling, heavily fortified Gravesend trainyard)—an unwittingly iconic juncture. Notice the play of clouds and sky in the interstices between train and tracks. Appreciation of such a tableau is what DrunkWalks were made for. 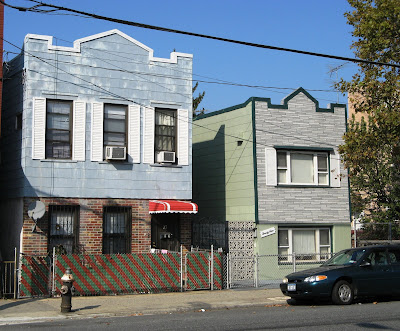 Deep in the heart of Brooklyn. 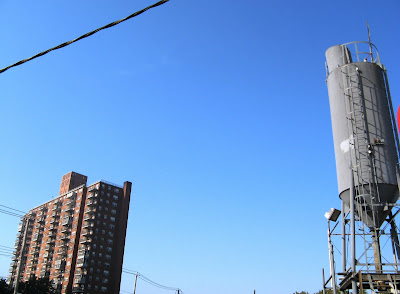 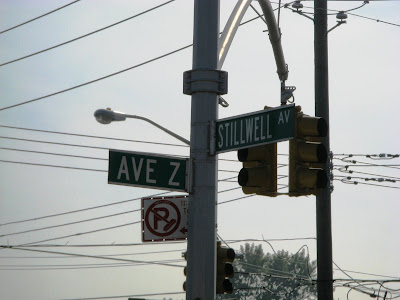 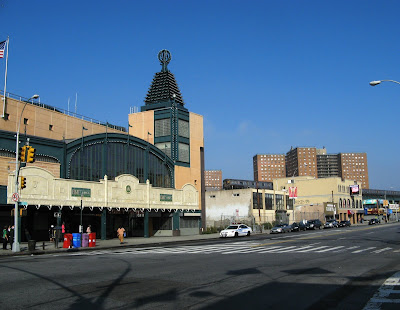 Stillwell Avenue Terminus. I couldn’t go this far without hitting the beach—it was October but it felt like a summer day at Coney Island (without all the people).


Every DrunkWalk is an indolence excursion and a true glimpse of the contemplative life. The epic DrunkWalk is one of new vistas and new terrain, and ultimately new ways of seeing the familiar. Discovery is the watchword and pleasure is the spur; the exhilaration of feeling that I’m part of something bigger, immersed in a microcosm of an intricate world, is what gives me wings when I’ve had more than a few. My Brooklyn DrunkWalks have led to a mytho-cosmic wellspring, an endless source of inspiration—in a realm beyond the local.